Sign in to view full video or become a member now!
Duration: 3:32

As you work with drawing pencils, you might wonder about what different numbers and letters indicate. A pencil with a B rating relates to the softness of the lead. The higher the number next to the B, the softer the lead. A 6B is softer than a 4B, which is softer than a 2B. If the pencil has an H letter designation, as the number increases next to the H, the graphite will be harder. A 9H pencil is harder than 8H, which is harder than 7h, and so on. Between the hard numbered H pencils and the soft numbered B pencils is a mid-range group including H, F, HB, and B. Savannah uses a range of pencils from 2H to 2B, including this middle set, based on her drawing experience. To achieve a darker value, she’ll turn to charcoal or ink.

An HB or B pencil is a great choice to begin a drawing, Savannah says, because they’re soft but not too soft, and easy to erase. In general, the softer pencils are easier to erase and harder pencils are more difficult to erase. As Savannah moves into rendering and modeling light tones in the drawing, she’ll move to a harder pencil such as an H or 2H. Note that building up layers with an H or 2H can create a waxy surface that makes it hard to add softer HB, B or 2B pencils on top. Savannah reserves HB and B for flattening shadows and modeling out of shadows, and 2H and H for modeling in the light. Try these guidelines for your next drawing as you deepen your understanding of how different levels of hardness and softness work together.

You Might Also Enjoy
Get new lessons & special offers! 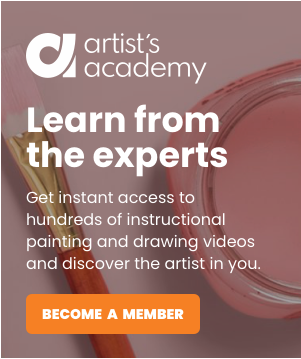